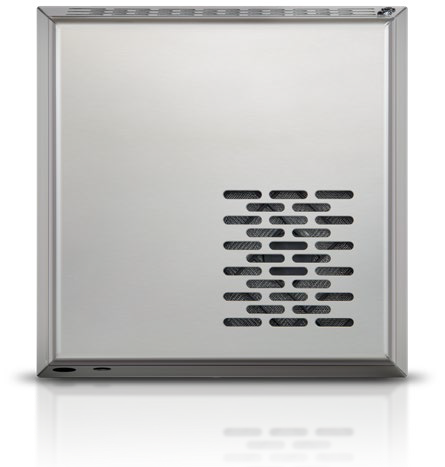 The Jonix UP IN is the perfect solution for small spaces – Designed for lifts and suitable for environments such as lifts, fitting rooms, offices, bathrooms, waiting rooms and dressing rooms.

Due to the Jonix UP IN’s compact shape and its sanitising action, it can be used in many environments with reduced dimensions. It can be placed both on the ceiling and wall. 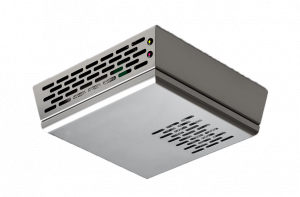 The Jonix UP IN uses an advanced oxidation process for the decontamination of air induced by non-thermal plasma, also called cold plasma.

Cold plasma is a physical phenomenon generated at room temperature.  Plasma is an ionized gas consisting of various electrically charged particles: ions, atoms and molecules of organic and chemical origin that collide with each other producing oxidizing species.

The Jonix UP IN is a device that sanitises the air in the room in which it is located, eliminating bacteria, mould and viruses present in crowded but also domestic environments. For this reason, the UP IN can be used in different sectors, creating the ideal conditions for the wellbeing of the people. It has also been tested against SARS COV2 pathogen with 99.99% inactivation rate (4 log kill)

Creates ideal conditions for the body, giving people an improvement in their state of health, brings relief from breathing difficulty to allergic and asthmatic people, optimises respiratory functions in asthmatics, improves vital functions and increases oxygen absorption by the body.

GET IN TOUCH TODAY FOR MORE DETAILS